Family moves into house built by Habitat for Humanity 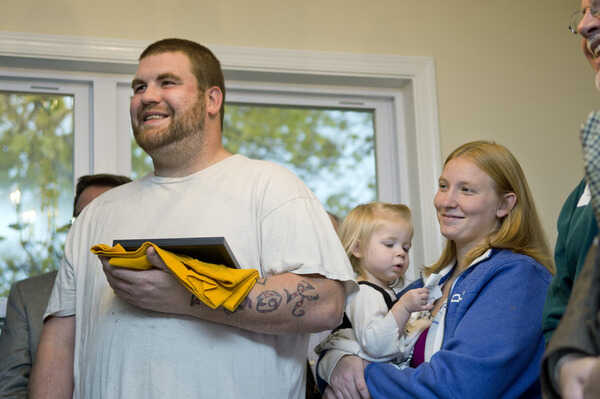 THURMONT — With the smell of fresh paint still lingering, dozens of people turned out Sunday for a celebration before the Bradshaw family moved into their new house on Moser Road.

“I can’t thank you all enough. Words can’t describe how it feels,” Devin Bradsaw said moments after taking the keys to the house.

He and his wife, Kasondra, and three children, Hunter, Kobe and Kathryn, planned to begin moving in Sunday night.

They are the latest family to move into a house built or repaired by Habitat for Humanity of Frederick County.

Ron Cramer, executive director, said the Bradshaws are the perfect example of families the nonprofit seeks to help.

“The folks that we serve are hardworking people. They care about their community. They make a good wage — because they can pay a mortgage here,” Cramer said. “Yet, we tend to send them off to Washington County or West Virginia or Gettysburg because the housing is more affordable there.”

The husband and wife graduated from Catoctin High School and are members of Lewistown United Methodist Church.

“Why would we want to dig up the roots that have been laid here? They’re a special part of this town,” Cramer said.

The Bradshaws were living with Kasondra’s parents until Sunday.

Like all Habitat recipients, the Bradshaws were able to purchase their house with an interest-free mortgage.

In return, they volunteered 500 hours of their time to the organization.

Other support from the build came from two local families, who came to the dedication celebration.

Dr. Amir Rashidian, an owner of Mid-Atlantic Chiropractic Center, said he was drawn to raise money for Habitat after his own family’s experience.

When he was 11 years old, he and his mother were homeless and living in Los Angeles. They were taken in by strangers before settling into a two-bedroom apartment with another mother and her four children. After some time, Rashidian’s mother was able to purchase a house with a zero-percent loan through a program similar to Habitat, he said. She started a day care from the house, “and the rest is history,” Rashidian said.

“So, it’s become a passion of mine to do anything,” he said.

Mid-Atlantic Chiropractic Center raised more than $20,000 for the construction of the house by donating $1 from each patient visit and through other fundraising efforts, Cramer said.

A barbecue this month collected nonperishable items such as laundry soap and paper towels, which were stocked in the closets at the Bradshaw’s new house.

The family of Kevin Ballantine also came to speak. Ballantine was a 20-year-old sophomore at Cornell University when he was diagnosed with leukemia. After a three-year battle, he died in 2012.

Students at St. John’s Prep School, where his aunt, Sandra Ballantine, works, decided to do something in Kevin’s name.

By October 2012, Vikings for Hope raised $8,000, the approximate cost to build one room in a Habitat house.

He wrote a letter to the students shortly before his death.

“Thank you for helping me feel like I have already and will continue to make a difference,” he wrote. “Knowing that helps me be at peace.”

The family offered the Bradshaws a picture of Kevin to keep in their new house.

“Hopefully we can go out and build many, many more Kevin’s rooms,” Cramer said. 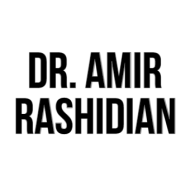