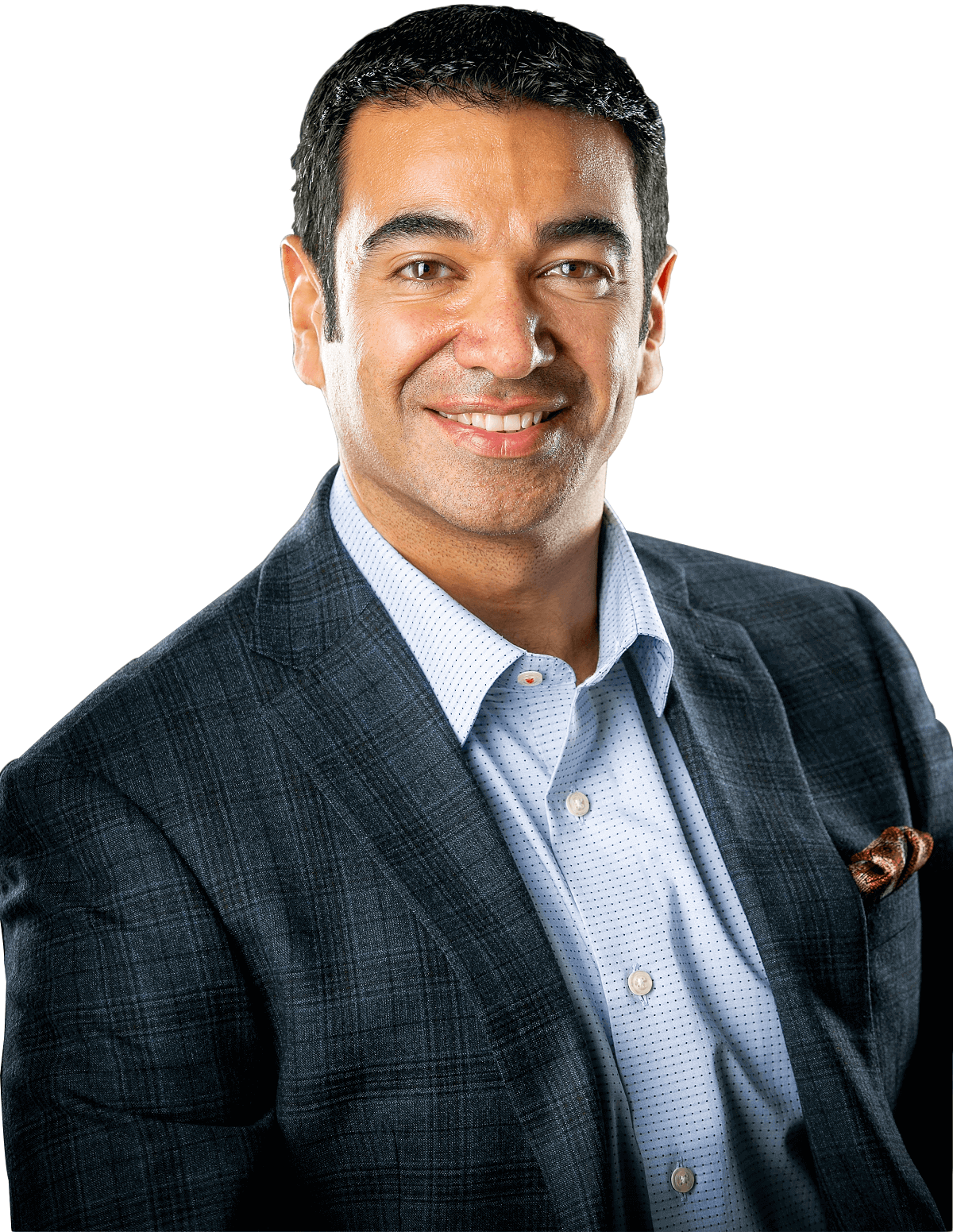 The Man Behind the Method

As a consultant, Dr. Rashidian has worked with 18 chiropractic practices, 16 of which were startup businesses that all reached profitability within the first 3 months of a business launch. Dr. Rashidian attributes his success in opening practices to an intensive systematized marketing plan implemented 3 months prior to business launch. He has personally opened two very successful chiropractic practices.

A very active speaker at corporate events, conventions, and churches, he is also frequently interviewed by the local TV, radio, and newspaper. Additionally, Dr. Rashidian serves on the Board of Directors of Habitat for Humanity and is a major financial supporter of their local building projects. Furthermore, Dr. Rashidian also serves as the chairman of the Elder Leadership Team at Grace Community Church. He has won multiple honors and awards including Business Leader of the Year and Philanthropist of the Year.
He is happily married since 2005 and together they have three sons.

Dr. Rashidian is available to speak about the following topics:

Here is a 5-minute video of Dr. Rashidian speaking about StressProofing Your Life

Dr. Rashidian gives a lecture series on health and wellness at the local co-op organic grocery store called The Common Market. It is a large and robust, full-service grocery store which includes an organic restaurant and coffee bar. They serve thousands of customers on a daily basis. 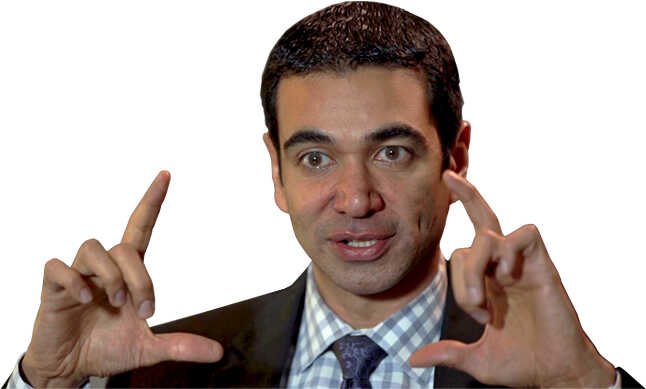 In 2016, Dr. Rashidian was selected to be a speaker for Vistage International, a membership organization for CEOs, business owners and executives of small- to mid-size companies. Vistage groups currently exist in 1,245 cities worldwide and represent 472 business industries. The title of his presentation is The StressProof Life, The Secret to Health, Wealth, and Happiness.

Dr. Rashidian has been a guest speaker at the following churches: 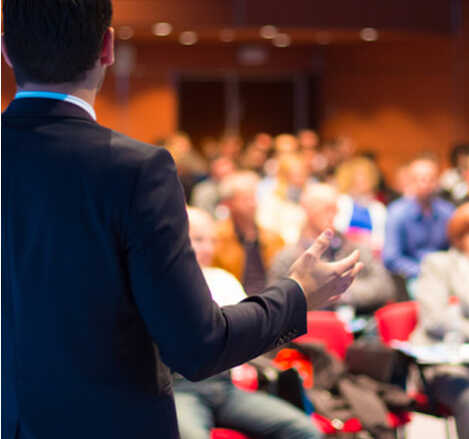 He was the feature guest on the famous podcast Beyond Your Wildest Genes.
He regularly speaks to employees, customers, clients, and members of corporations and organizations. Most notably:

For over a decade, Dr. Amir Rashidian has been enlightening audiences with his depth of knowledge and entertaining style. He is a dynamic and engaging speaker with a unique ability to captivate his audience and maintain their attention with his interactive style of speaking. You feel inspired as you listen and watch him on stage and will be motivated to make positive changes in your life. You will realize that a better, healthier, and happier life is possible because the information Dr. Amir shares will be practical and easy to apply right now.

Author of bestseller Letting Go of your Bananas

For a life changing experience, I encourage you to read Dr. Amir’s book. His ability to tell a compellingly true story, in a heartwarming style, coupled with a life-changing message, will absolutely blow you away.

I have read so many books, especially in the realm of health and wellness, that I have become somewhat numb to the ‘next variation of a theme’. So imagine my surprise when I actually got goosebumps while reading Dr. Rashidian’s, “The StressProof Life”! This very special soul has given the world a very special book.

I was pleasantly surprised by Dr. Rashidian’s unique and contrary perspective on stress. His book explains why so many people with dreams of becoming great, fail to reach their potential. It is a must read for anyone who is striving to live a better, healthier, and fulfilling life.

Dr. Amir Rashidian wrote a masterpiece guide that will help you transform your daily stresses into unlimited health, wealth and happiness. This piece is packed with stories and advice that will inspire you to master your health once and for all. Get, read, and apply the information in this book and feel your health blossom.

Dr. Rashidian’s story is not only inspiring but useful. I am a prime example of how his approach to wellness can change a life markedly for the better. Listen to him, it works!

Former Executive Director of Habitat for Humanity of Frederick County

Can’t wait to read this book. I am a firm believer that you can Stay healthy and reach for your dreams. I also firmly believe that you Amir with your knowledge, caring, experience can help guide others to have good health and reach their dreams.

Dr. Rashidian brings energy, knowledge and passion to every presentation. I never want to miss a moment when he speaks and I leave every talk or conversation with him with numerous take-aways and notes. His Christian beliefs are interwoven into all the topics he speaks on and therefore he delivers a message of hope, with a high level of integrity, kindness and compassion for all.

Dr. Amir Rashidian is an engaging, high energy speaker who draws your attention and motivates you to look at your health in a way where you create lasting change! Dr. Rashidian sprinkles in true life experiences and stories that keeps you entertained as you are learning. Highly recommend his book as well as booking him as your next speaker to create value within your organization

I have had the pleasure and privilege of hearing Dr. Amir Rashidian speak a number of times and have continually been impressed with his dynamic presence. Dr. Amir is able to engage an audience that has had no prior exposure to him or his topic and quickly win their attention and involvement. He takes complex information and makes it understandable, engrossing, and actionable. Listeners cannot help but be absorbed by Dr. Amir’s distinctive, personal, and moving speaking style.

Dr. Amir is a fantastic communicator! He shares important relatable truths naturally. He engages the listener with his energetic style, authentic stories, and great laugh. He is a very knowledgeable speaker

Development and Marketing Director at Habitat for Humanity of Frederick County, MD

Dr. Amir provides a wealth of knowledge that is informative, heartfelt and engaging to his audience. His professional presentations will leave everyone with new information and new applications for their lives